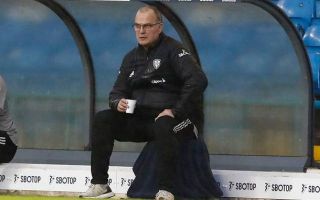 Leeds United reportedly look to be one of the teams in contention to seal the transfer of Romain Faivre.

The Brest midfielder is catching the eye this season, with L’Equipe claiming Leeds are one of a number of top sides pursuing a possible deal.

MORE: Arsenal, Leeds and West Ham among clubs told they can seal striker transfer for £30m

Faivre could now be on the move for just €20million at the end of this season in what could be a potential bargain for the Yorkshire giants.

Still, Borussia Dortmund and Bayer Leverkusen are also mentioned as possible contenders for the talented 22-year-old, so this won’t be an easy deal to get done.

That said, working under a respected coach like Marcelo Bielsa could prove very tempting for this talented young player.

Leeds are putting a hugely promising side together as they enjoy life back in the Premier League this season, and Faivre could be an important next piece of the puzzle.