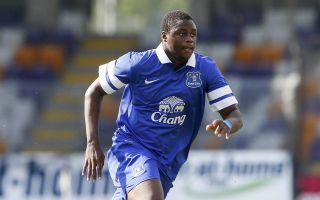 This news comes from local outlet Fanatik, who note that Gueye had failed a post-match doping test, with a separate Fanatik article claiming that, just like former FC Dinamo Adrian Mutu, who had a short stint at Chelsea, Gueye had tested positive for the banned substance of cocaine.

Gueye begun his career at Strasbourg before earning himself a move to Everton. The Frenchman netted just the one Premier League goal, during a 4-0 thumping of Sunderland a Goodison Park back in April 2012.

It is important to clarify that this is Magaye Gueye, not Idrissa Gueye, who also played for Everton, and also scored his first goal for the club during a comfortable victory over Sunderland. It’s a m

Magaye Gueye, if the allegations made by Fanatik are proven to be truthful, is going to have a tough task ahead of him getting his career back on track. But as is the case with all involved in legitimate doping in professional sports, he’d only have himself to blame.