BT Sport and Match of the Day presenter Gary Lineker has been absolutely slated on Twitter for a pro-Piers Morgan tweet, as news broke about the controversial Arsenal supporting journalist leaving Good Morning Britain.

Lineker is best known for his glittering football career, during which he enjoyed stints with Tottenham and Barcelona, as well as being ever-present with the English National Team.

Having hung up his boots, Lineker turned to broadcasting, with Match of the Day being his first big gig, which was eventually followed by opportunities with BT Sport and more.

Lineker has never shied away from sharing his views and opinions, no matter how contentious, on Twitter, even at risk of causing disruption to his primetime presenting career.

However, could he have overstepped the mark by backing Piers Morgan via Twitter on Tuesday evening? 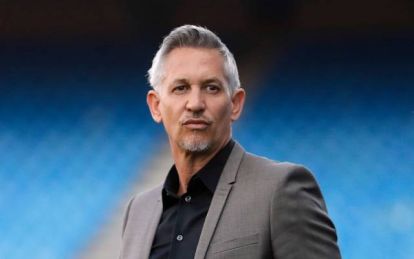 Has Gary Lineker made a fatal error by publicly backing Piers Morgan?

As reported by Sky News, Morgan left his role as co-presenter of Good Morning Britain in wake of a massive backlash to his comments on Meghan Markle, who revealed during an interview with Oprah Winfrey that her difficult situation as a royal was making her feel as though she “didn’t want to be alive anymore”.

Morgan, as Sky News note, said he “didn’t believe a word” of what Markle had to say, comments which caused a national uproar which has eventually resulted in his departure from GMB.

That hasn’t stopped Gary Lineker from publicly backing Morgan, though, a personal friend of his.

Whether it’s a football manager, a television presenter or any profession for that matter, it’s always sad when someone loses their job. @piersmorgan is excellent at what he does and I’m sure he’ll be back on the telly soon.

While some would argue Lineker ought not to be criticised for standing up for a friend who is under-fire at current, many on Twitter would disagree.

In fact, Lineker has sparked a backlash of his own, with some Twitter users not happy with the former Tottenham and Leicester City striker for pledging his allegiance to Morgan.

Did you miss the reason he’s lost his job Gary? Solidarity with that… not a great look

Delete before they kick you off MOTD ?

You should’ve sat there and ate your crisps.

It’s never sad when Piers Morgan loses a job. He’s a terrible person. You reap what you sow.

hard disagree. he accused a woman of lying when she said she felt suicidal. then he flounced off set when being held to account for it. that’s not “excellent” by any stretch of the imagination

It’s people like you that put tweets like this out that encourage Piers Morgan’s that what they’re doing is right. Look at his track record and tell me how anything he does is “Excellent” he shouts over guests is Racist and mocks mental health.

Misjudging the public mood a little here Gary. I rarely find myself disagreeing with you, but Morgan was toxic. I’m not sure how he clung on after Leveson, but he did. Those with a public platform on TV have some duty towards fair and balanced reporting.

Oh Gary, mate. He hasn’t lost his job because the football team he manages have had a bad run of results, he’s lost his job for being a bully on national tv. That doesn’t warrant any sympathy.

And right here is why you should be sacked as well @GaryLineker, the fact that he hounds and bullies people daily and you call it doing a good job,,you should be ashamed of yourself but I’ve a feeling you won’t be.