Liverpool may have to strengthen in midfield this summer as Georginio Wijnaldum nears the end of his contract at Anfield.

The Netherlands international has been a star performer for the Reds for a number of years now, helping them to their recent Champions League and Premier League title victories.

It won’t be easy to replace Wijnaldum if he does indeed walk out of Anfield on a free at the end of this season, but Garth Crooks has recommended an ideal player to step in for him.

Writing in his Premier League team of the week column for BBC Sport, Crooks praised Southampton star James Ward-Prowse, and suggested he could be the perfect signing to come in at Liverpool. 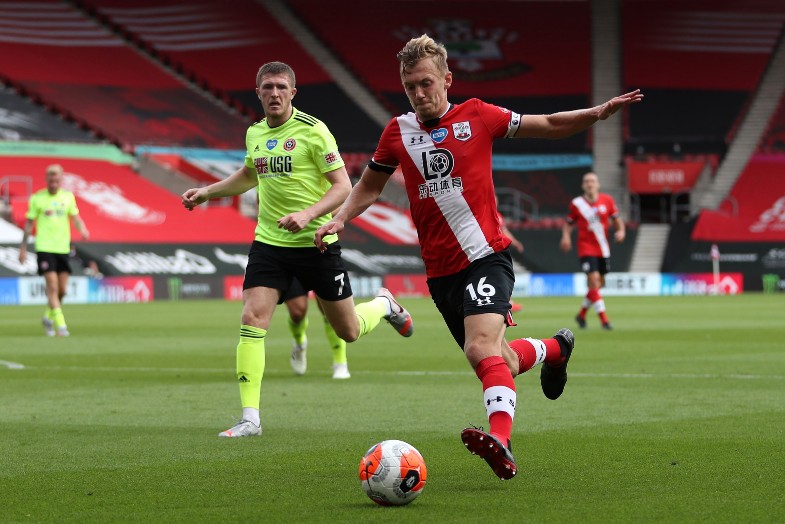 James Ward-Prowse in action for Southampton

The 26-year-old has long been something of an unsung hero for the Saints, but he’s perhaps finally starting to get the credit he deserves.

Could this finally earn Ward-Prowse a move to a bigger club? It will be interesting to keep an eye on his situation this summer.

Liverpool could certainly do worse, with the England international’s intelligent play and good range of passing looking like making him a good fit for Jurgen Klopp’s style of play.