The 33-year-old has a club option that would keep him at Old Trafford for another year. However, recent reports have suggested that Cavani is considering returning to South America. 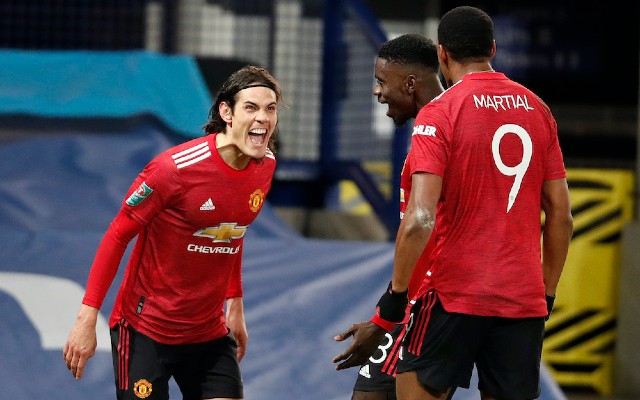 Cavani’s agent, Walter Guglielmone, spoke to Argentine media outlet Olé (via Marca). He stated that they’ll reject any contract to remain with Manchester United and that the plan is to suit up for Boca Juniors.

Furthermore, Cavani’s father, Luis Cavani, stated in an interview with TyC Sports, that there’s a 60-percent chance his son heads to Boca Juniors. The elder Cavani adds that The Red Devils striker has had discussions with Juan Román Riquelme, who’s part of the football council for Boca Juniors.

Fernandes names the Man Utd star who has been “the best player in the Premier League” recently, and it’s not Cavani

With both sides engaging in discussions, Olé (via Marca) further details that the Argentine club is preparing their contract offer for El Matador this summer. Boca Juniors is ready to offer Cavani a three-year contract that will pay him an annual salary of $5-million.

The report also states that Cavani is willing to lower his contract demands to sign with Boca Juniors. In the past, the Manchester United striker spoke about his desire to one day play for Boca Juniors, which seems to be looking more like a reality.