Former Manchester United midfielder Luke Chadwick has spoken out on working with Roy Keane during his time as a youngster coming through at Old Trafford.

The former England Under-21 international made 39 appearances in the Man Utd first-team between 1999 and 2003, playing alongside some legendary players, of which Keane was perhaps a stand-out character.

The Irishman has a public persona as an intimidating character, even taking that with him into his punditry work since he retired from playing.

When asked if he agreed with Ben Foster’s claims that Keane was a ‘scary bloke’, Chadwick admitted it wasn’t always easy training alongside him, though he also revealed another side to his personality that fans might not be as aware of.

“Roy Keane I’d say was the ultimate captain,” Chadwick told CaughtOffside. “I remember going into my first sessions with the first-team, coming back from a loan spell in Antwerp. I gave the ball away a couple of times, a bit sloppy, and he went absolutely mad, shouting and swearing at me. I wondered what I’d got myself into!

“But after the session he spoke to me and said this is what’s expected here, we have to be the best we can in training so we’re in shape to go and win the game on Saturday.

“He was so demanding of everyone, whether it was me, a young kid who’d just come into the squad, or a seasoned pro. He said exactly what he felt if they weren’t at the standard required. Having said that, the way he trained every day gave him license to do that because he was on it every day, he trained at 100%.

“Off the pitch he was an incredibly supportive person in terms of looking after the dressing room. With young players like myself he’d go out of his way to make sure we felt part of the team and to help out wherever he could. 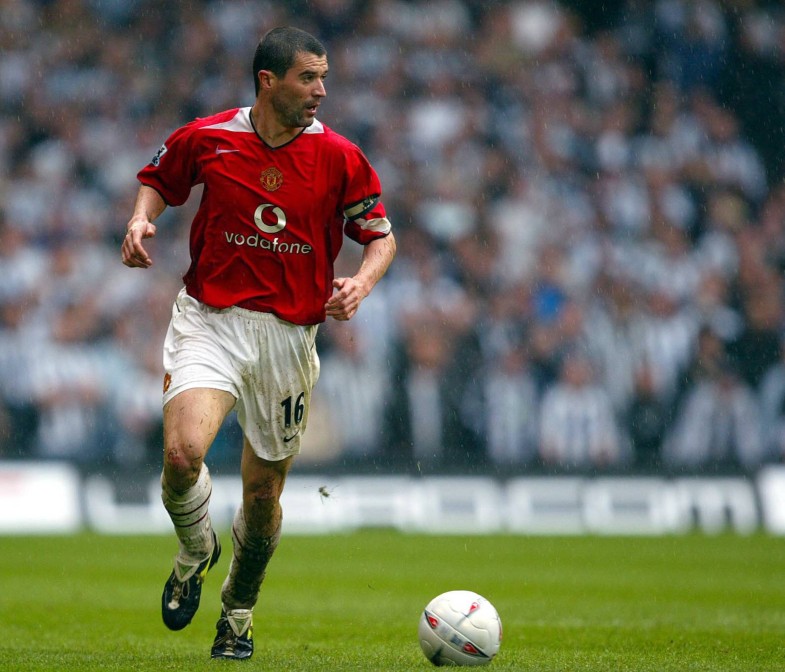 Roy Keane is one of the great Manchester United captains

“Sometimes he picked me up from my flat because I couldn’t drive at the time, and helped me get to training and games, which was something he didn’t have to do. He was an incredible man who demanded the highest standards possible on the football pitch, but again a very supportive person off it as well.

“At United it was so intense every day, it was a squad of winners that all trained to the maximum. He moaned at some individuals more than others because they wouldn’t shout back, but Keane would do it at everyone, there wasn’t anyone he wouldn’t call out.

“At the same time if he was called out as well, he’d accept that. He was one of those players – if you moan all the time it loses what it means – but with Roy Keane he had so much respect that would never happen. You understood why he was doing it. He was part of developing an elite environment and without it I’m not sure the club would have reached those heights during that period.”