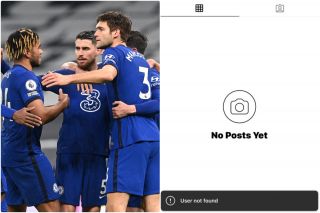 Chelsea supporters noticed that Reece James deleted his Instagram account earlier today, with the 21-year-old being met with spades of support following the decision.

It has been suggested that James, an international for England, may have deleted the account as a result of racial abuse, this has not been confirmed, but the ace shared an incident of this recently.

If it’s found that this is in fact the case, Instagram and the other social media platforms really need to be forced into making changes, cases of online abuse of this nature are far too common within UK football.

It’s a shame to see that something has caused James to leave Instagram, which is a platform that the youngster has used for heartwarming causes like this and also to spread awareness regarding charities.

It’s great to see the support that James has received since the decision from large parts of the Chelsea fanbase, we’re all with you Reece.