Journalist Ian McGarry has shared on latest episode of the Transfer Window Podcast that Man United have held ‘talks’ with Mino Raiola over client Gianluigi Donnarumma, who may be available on a free.

It’s added that Chelsea are also keen on the 22-year-old, with Donnarumma subject to intense speculation regarding the Blues as of late.

McGarry stressed that both the Premier League giants have somewhat uncertain situations regarding their No.1 goalkeepers, despite both of the respective clubs’ vast investment into the positions.

McGarry’s co-host, Duncan Castles, added that Donnarumma currently earns €6m net a year – after deductions such as tax, with the Italy international seeking €10m-a-year to renew with AC Milan.

It’s added that the Rossoneri, who are challenging for the Serie A title this season, have only offered a €7.5m-a-year deal so far. 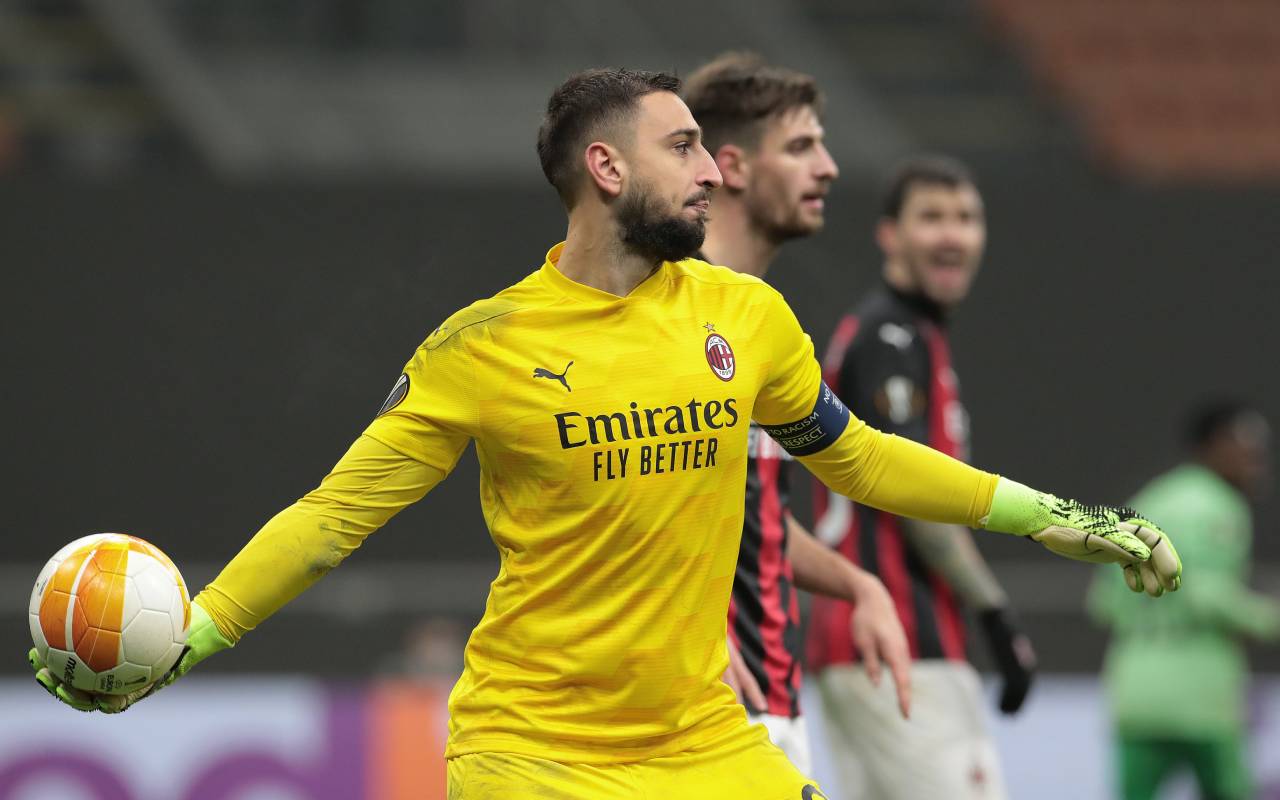 Gianluigi Donnarumma looks to be a fixture at the elite level for a very long time.

Here is the massive nugget that McGarry dropped about Donnarumma’s future:

“Our information of course is that both Chelsea and Manchester United have been in talks with Raiola regarding Donnarumma.”

It remains to be seen whether Raiola and Donnarumma would raise their demands – which equate to €192,000-a-week after tax right now – if a move to the respectfully more lucrative Premier League became a concrete prospect.

It would mark a monstrous loss for Milan if they cannot keep hold of Donnarumma, who they recruited at the age of 14 and brought into the first-team fold at just 16, offering the platform for Gigi to develop fast.

Donnarumma has made 237 appearances for Milan, keeping 83 clean sheets. There’s simply no other keeping even remotely near his age bracket that boasts a similar amount of experience at the top level.

It’s very realistic to assume that Donnarumma could be a fixture for one of the world’s biggest clubs and the Italian national team for around another 13 years at the very least.