Liverpool manager Jurgen Klopp could not hide his delight at how well Nat Phillips played in defence against RB Leipzig in last night’s Champions League win.

The Reds have been having a difficult season, with their recent form in the Premier League a major worry for them as they’re not only well out of the running to retain their title, but also up against it in the race for a top four spot.

A lot of this has been down to their incredibly bad luck with injuries, with Virgil van Dijk missing most of the season and Joel Matip and Joe Gomez also missing plenty of games.

This has forced midfielders Jordan Henderson and Fabinho to fill in at the back, but Phillips stepped up for Liverpool against Leipzig yesterday.

Klopp could not hide his joy after the game as he heaped praise onto the 23-year-old, who has shown some promise in games this season without ever really managing to establish himself as a regular.

Perhaps after this, Klopp will be won over, with the German tactician really singing his praises afterwards. 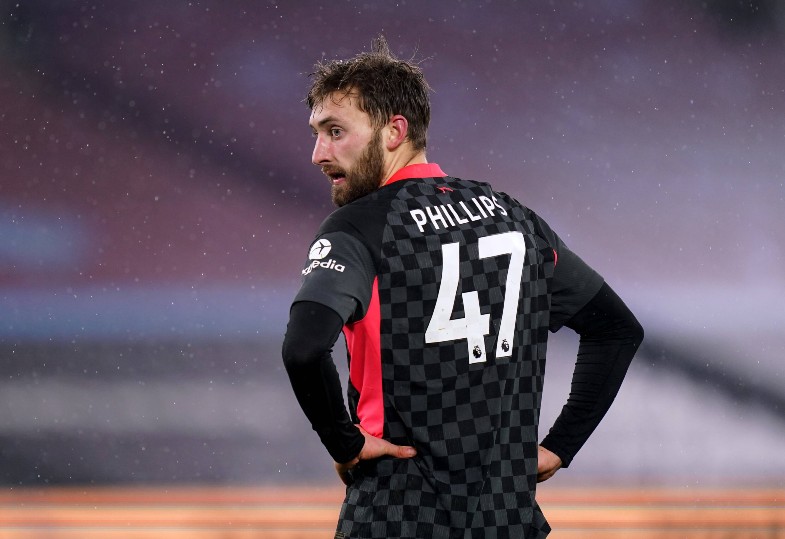 Nat Phillips in action for Liverpool

“Oh my God, what a boy he is, what a player he is, what a night it is for him. That’s absolutely great,” the manager said after the game, as quoted by the Metro.

“The concentration level he shows, now week-in-week-out since he’s playing for us is absolutely incredible

“He’s doing exactly the right things in the right moment. In the air he’s a monster, but you could see today his football is not bad, it’s really good.

“I couldn’t be happier for somebody than I am for Nat at this moment because it was a great game and not a lot of people have the honour to play a Champions League game, he has that now and he played a really good one and he won it.

"In the air he's a monster but you could see it today, he's football-wise not bad, really good." @LFC manager Jurgen Klopp is delighted for centre-back Nat Phillips after an impressive European debut pic.twitter.com/5Ds7IQhEfB

“He has qualified for the last eight in Europe, that’s really special, a few years ago nobody would have thought that and I’m really happy he can experience that now.”