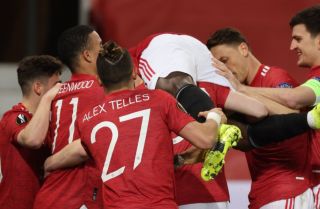 Every team has that one player who likes to take their celebrations to the next level, and it appears that Eric Bailly is that man for Man United.

You could see the entire team was delighted for Amad Diallo as he opened his account with a lovely spinning header, so they all set off to congratulate him.

It was all going quite well and he was getting the usual hugs and high fives, but Bailly stepped up and it’s not quite clear what this manoeuvre is called, but it’s gone down well among the fans:

If Eric Bailly isn’t your favourite footballer, we can’t be friends pic.twitter.com/wcLq0nBiuw

Eric Bailly is all of us pic.twitter.com/fFi0W7nSGA