There were plenty of fears that Gareth Bale would never get back to his previous level and his career would fizzle out, but was his slow start to life back at Spurs part of the plan all along?

He had a string of injury issues at Real Madrid and he wasn’t fit when he arrived in the summer, so it was always going to take some time for him to get back to peak condition.

Initially he was barely used in any important games and he wasn’t making much of an impact, but that’s changed recently after a run of goals and great performances.

A report from Football Insider has even indicated that this was part of the plan all along, and now Jose Mourinho plans to fully unleash him for the rest of the season.

It’s suggested that they are now confident that Bale is back to his best, and they knew they would need to take a “softly softly” approach to begin with in a gradual attempt to build him back up.

Now that he’s looking like a potential world-beater again, it’s suggested that Mourinho wants to play him in every game between now and the end of the season because there’s a confidence that he can deal with the tough schedule again. 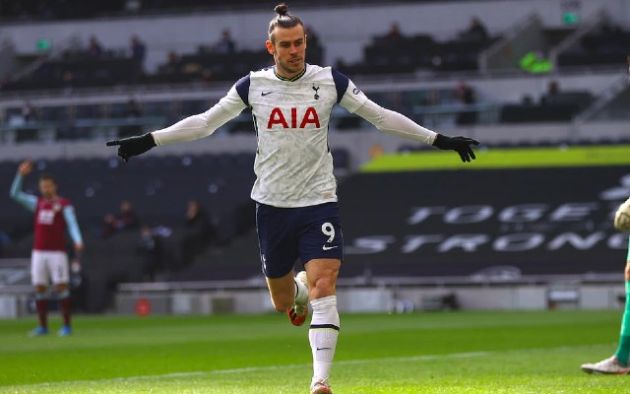 Bale celebrates his goal against burnley

Spurs have struggled for a few months with a lack of goals and inspiration up front so having Bale in this kind of form could be a genuine gamechanger for the team, so hopefully his body does hold up and he’s able to play like this for an extended period of time.