It was always expected that Thomas Tuchel would make some changes to the Chelsea squad this summer, but selling Christian Pulisic would be a surprising move.

The American forward has been outstanding at times and you can genuinely see similarities to Eden Hazard when he cuts in from the left, but he also emulates the Belgian star with his record in the injury department too.

MORE: Chelsea duo tipped to be ‘frightening’ together

Pulisic has really struggled to stay fit during his time at Stamford Bridge so letting him go is likely down to that rather than his ability, while a report from the Daily Mail has suggested that Bayern Munich’s Kingsley Coman is being lined up as the replacement.

They do point out that Man United are also tracking Coman so it could be a tough move to pull off, but he’s openly expressed his desire to play in the Premier League so that does make it more likely.

It’s also worth noting that Coman has two years left on his contract, so this would be the optimum time for Bayern to sell him if a new deal can’t be agreed. 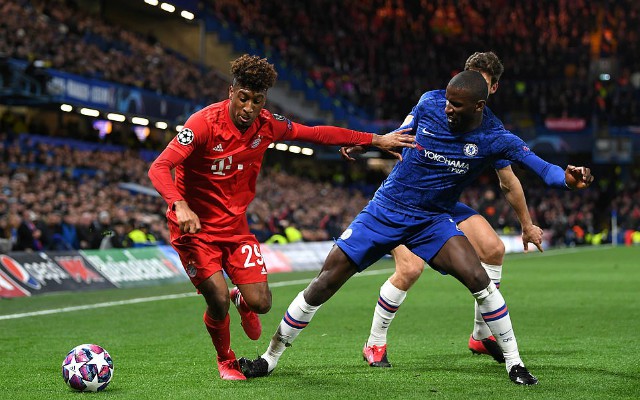 Coman in action against Chelsea for Bayern Munich

It’s reported that they are working on an extension so that rules out the likelihood of a transfer if that’s agreed, while there’s always a chance that Pulisic could prove himself between now and the end of the season.

The majority of his appearances have come from the bench this season and it’s vital for him to stay fit, but it does look like he could be off this summer if Coman is available.

Chelsea would do well to bring in the French winger if Pulisic leaves, but Man Utd also look in need of a player of that calibre to give them a bit more spark in the final third after underwhelming performances from the likes of Jesse Lingard, Anthony Martial and Daniel James in recent times.