Lionel Messi’s future is still the big question that hangs over Barcelona, but there could be a few players on the move this summer as they look to rebuild.

Antoine Griezmann looked like a contender for a transfer last summer after a miserable first season, but he did seem to gain confidence when Luis Suarez moved on and he’s been more productive this time round.

It’s not to say he’s been utterly amazing as six goals and six assists in twenty four La Liga games isn’t good enough for a Barcelona striker, while he’s set to turn 30 later in the month so this may be the last time to get a reasonable fee for him.

A report from AS has indicated that it’s starting to look like the plan for the new President Joan Laporta, although they don’t have any hope of reclaiming anywhere close to the €120m that was spent on him.

Part of the problem is his lack of production in the biggest games and it’s always left to Messi to provide the inspiration, so a major revamp will be needed if he moves on. 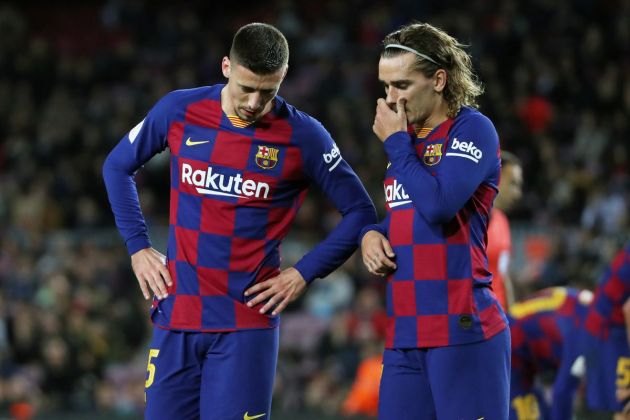 There is still a promising attacking core to build around in Ansu Fati, Trincao, Pedri and Riqui Puig, while there will be some serious space cleared on the wage bill if Messi and Griezmann move on.

The report does state Barca are going to make a real run at trying to sign Erling Haaland but that’s unlikely to succeed, although it does look like there will be a lot of change at the Nou Camp this summer.