There are just a few weeks before the next El Clasico, and with both Barcelona and Real Madrid needing the points to keep in touch with La Liga leaders, Real Madrid, it promises to be another epic showdown.

Ahead of the encounter, Los Blancos captain, Sergio Ramos, gave an interview via Twitch to Ibai Llanos which was eye-opening in more ways than one.

Per MARCA, Ramos explained how he thought it would be easier for his club to sign Erling Haaland rather than Kylian Mbappe, and how he could never play for Barcelona, however, it was his statement concerning nemesis, Lionel Messi, which might well incur Barca’s wrath. 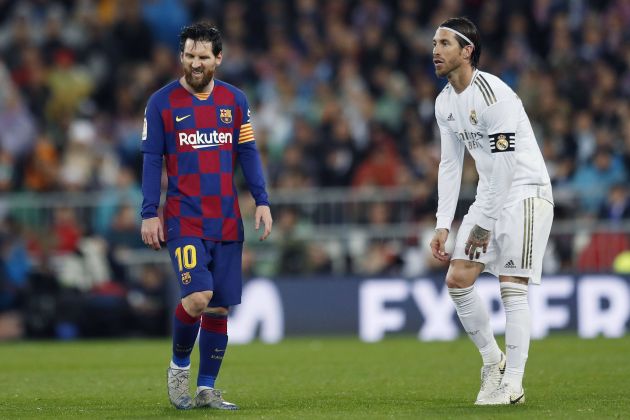 Sergio Ramos would like to see Lionel Messi at Real Madrid

“I would be delighted to welcome Messi [to Real Madrid],” he noted.

“I’ll make my house available to him for the first few weeks.

“We had to suffer Leo in his best years, so the fact of not having to face him would be good.

“He would help us win and achieve more success. It would be silly to say otherwise.”

Under normal circumstances that wouldn’t raise an eyebrow, but Barcelona’s delicate situation and the fact that Messi is out of contract in the summer means that they’re unlikely to appreciate Ramos’ words, even if they were meant in jest.

Perhaps Messi will take it out on Real when he next has the chance, further extending his legend in the fixture.