It always looks liked Lionel Messi and Neymar would be reunited at some point, but everything is now pointing to that happening in Paris rather than back at the Nou Camp.

There was some hope that Joan Laporta would be the man who could convince Messi to stick around, but this Barca team is a few major signings away from challenging in the Champions League again and they may not have the money to do it straight away.

The problem for Messi is that he doesn’t have the time to wait around for the rebuilding process to complete, and it now looks like he’s destined for a move to PSG:

It’s stated that PSG are confident they offer a better sporting project for the Argentine and there’s an “immense optimism” that he’s going to arrive next season.

Our colleagues at Football-Espana also picked up on this, and they point out that Marcelo Bechler is seen as a highly credible source on the matter so that just adds to the likelihood of this being true. 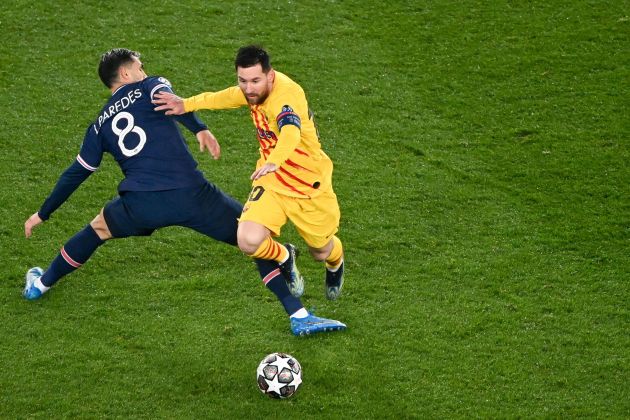 Messi in action vs PSG

There’s no sign that an official agreement has been reached and it’s unlikely that it would be announced before the end of the season anyway, but it looks like hope is fading in Barcelona when it comes to keeping the icon around.