The importance of the forthcoming summer transfer window can’t be understated as far as West Ham are concerned.

David Moyes’ side may yet qualify for the Champions League, with perhaps the Europa League as a more realistic possibility.

To that end, the east Londoners need to ensure that they have a squad in place that is up to the rigours of a domestic and European season, something that at present, they are not equipped for. 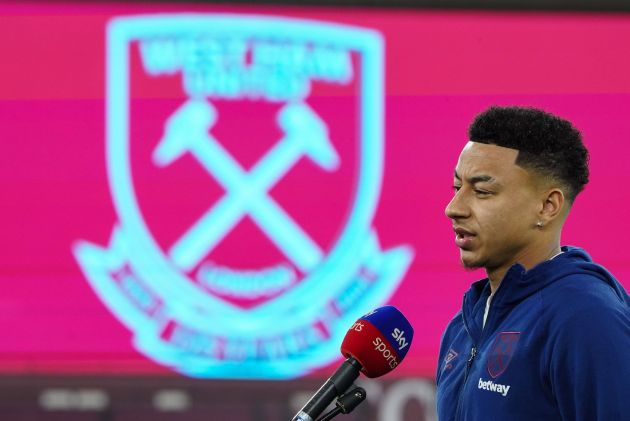 Jesse Lingard is open to staying at West Ham

However, loan signing, Jesse Lingard, apparently wants to extend his stay at the club in what would be a huge boost for their aspirations for the rest of the 2020/21 campaign and next season.

According to Ex-WHU employee speaking onSpeaking on the West Ham Way podcast  and cited by Forever West Ham, the Manchester United star is ready to commit to staying at the London Stadium beyond the end of the current season.

I have to say I wasn’t in favour of signing him but he’s proved me wrong, well done jesse keep up the good football.?

Let’s get the deal done!