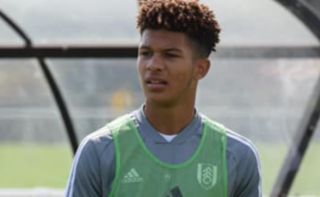 Most of the attention on Arsenal this summer will revolve around their first team additions, but it’s important that they keep adding to their youth team as well.

Young Fulham defender Ibane Bowat has been outstanding at youth level this season, and a report from Teamtalk has indicated that Arsenal are among a host of times who have already held talks about signing him this summer.

He’s a Scottish youth international and he’s expected to make his U23 debut before the end of the season too, while Fulham are still hopeful of keeping him.

READ MORE: Serie A side ready to join Arsenal and Chelsea in pursuit of Santos FC wonderkid

He’s currently on scholarship terms so that means other teams can sign him and allow the fee to be determined by a tribunal, but it’s confirmed that Fulham have offered him professional terms that would kick in this summer.

Alongside Arsenal it sounds like Everton and West Ham are also interested, while it’s believed that German sides are also keeping tabs on the youngster.

He tends to play at centre back but he can also play as a left full back which is a position that Arsenal need to strengthen behind Kieran Tierney, so it will be worth following his development into the summer to see what happens next.