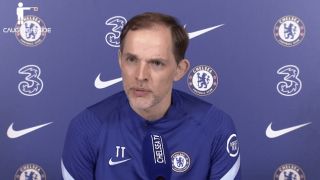 Ahead of this weekend’s Premier League fixtures, Chelsea manager, Thomas Tuchel, has admitted that he is concerned by Tammy Abraham’s injury.

According to the German, the striker isn’t at 100 percent in training and that can be seen by a reluctance to go all out to test the injury.

Clearly, he can’t be rushed back, which represents a problem for Tuchel who needs all hands on deck for a vital Premier League run in.

However, the manager was at pains to point out that the player must only be considered for selection when he is fully over the issue.