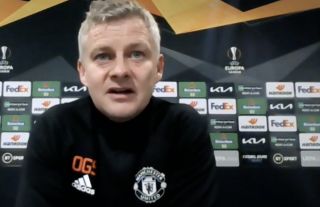 The popular Ivorian defender’s current deal is set to expire next year, and although his time at Old Trafford has been hampered by a series of unfortunate injuries, Bailly appears to be a valuable member of Solskjaer’s first-team plans.

Whilst speaking recently, ahead of his side’s important domestic clash against West Ham, the Norweigan manager has confirmed that talks to extend Bailly’s deal are already underway.

“Yes, we have started talking to Eric and Eric’s representatives,” Solskjaer said. “So Eric is keeping fitter, for longer and you can see his performances as well.

“I have been very happy with him. His playing style sometimes has made him lose too many games [through injury] because 100 games, that’s not enough for the period he’s been here.

“He’s getting more and more robust so yeah, he’s one we’re talking to, yeah.”