It’s understandable that the free agent market could be more competitive than ever this summer as teams continue to feel the pinch, so sides like Arsenal will need to fight hard to find a bargain.

As it stands it does look like Dani Ceballos and Martin Odegaard will return to Real Madrid in the summer, so PSG attacking midfielder Julian Draxler would be a great target.

A report from Todofichajes has even indicated that talks have been held about a move to Arsenal this summer, but Mikel Arteta can’t guarantee that he’ll be an automatic starter and that is putting him off.

It makes total sense from the German’s point of view as he turns 28 later this year and he’s been little more than a rotation option for PSG in the past couple of seasons, so he needs to be playing regularly at this stage in his career.

The report also indicates that he’s since decided he would like to return to the Bundesliga this summer, and Bayer Leverkusen are willing to make him a key feature of their team next season. 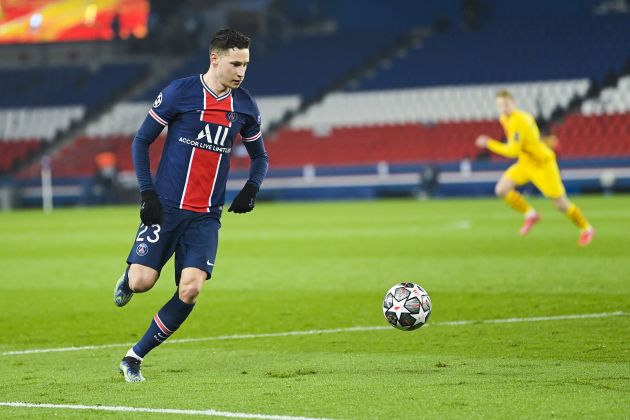 Arsenal target Julian Draxler in action for PSG vs Barcelona

Things could still change if Arsenal can convince him that he would be an important part of their plans next season, but a return to Germany looks like the most probable outcome just now.