Newly-elected Barcelona president Joan Laporta is set to get to work on trimming the squad, according to Todo Fichajes.

Barca endured a difficult start to the campaign, but their fortunes have steadily improved over recent weeks and months.

With the team hitting its stride, Ronald Koeman bringing multiple, talented youngsters through and Joan Laporta back in the presidential chair, you feel as though the tide has turned at the Nou Camp.

Still, there’s work to be done – the 4-1 first-leg defeat to Paris Saint-Germain in the Champions League proved that.

It’s going to be a big summer for Barca, but as Todo Fichajes report, that won’t be just in terms of players coming in. 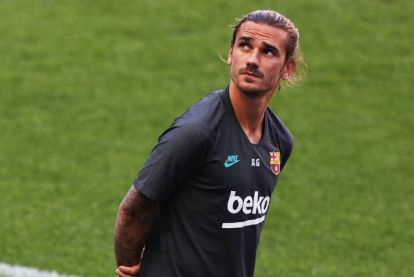 Antoine Griezmann could reportedly be sold by Barcelona this summer.

The report claims that both Antoine Griezmann and Philippe Coutinho could be shipped on by Laporta, with a mammoth €170M landing in the club’s bank account in return.

While that does seem like an optimistic figure, both players do have plenty of resale potential, and selling them would help fund moves for the players Koeman wants to see at the club.