The last 18 months or so have been amongst the most tumultuous in FC Barcelona’s history.

Stretching right back to January 2020 when the club sacked Ernesto Valverde and replaced him with Quique Setien, things have been something of a rollercoaster at the Camp Nou.

Leo Messi’s burofax, the appointment of Ronald Koeman, an 8-2 thrashing by Bayern Munich, Barcagate and the eventual removal of president, Josep Maria Bartomeu… it’s enough to write a book about.

At least things now appear to be stabilising with Koeman ensuring that, Champions League fixtures aside, his team are unbeaten in 2021. 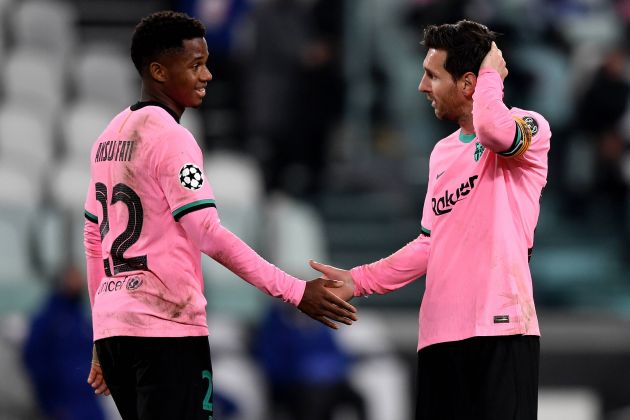 There’s an outside chance of success in La Liga if they can reel in Atletico Madrid who currently sit six points ahead of them.

However, their hopes could be hit by the news that Ansu Fati’s injury continues to cause the youngster problems.

According to Mundo Deportivo, Fati, who was initially expected to be back by March at the very latest, will play no part in any matches until April.

It’s a bitter blow for the squad, though he may still be available for the final sprint if all goes well.