No matter where the respective sides are in the Premier League, when the north London derby comes around, it’s the biggest game of the season for men, women and children of an Arsenal and Tottenham persuasion alike.

Whether at the Emirates Stadium or White Hart Lane, north London comes to a standstill when Arsenal and Tottenham go head-to-head, and this weekend’s fixture will be no different.

If the Gunners are able to come out on top, it will cut the gap between the sides from seven points to four, though should the reverse happen and Jose Mourinho’s side continue their recent, excellent form, Mikel Arteta will find a cavernous 10 point gap to make up from the following fixture onwards. 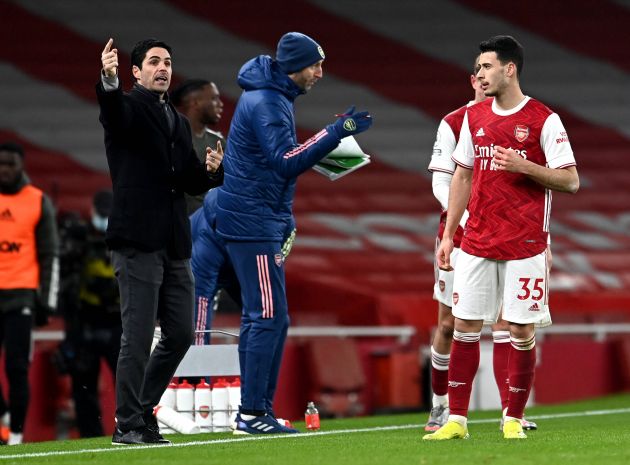 “They are seven points behind Spurs so this is a huge part of the season for them and they have got to win these games,” he said to The Sun.

“Arteta is in a results business and when you lose to Spurs the fans are on your back so this weekend it’s all about beating the rivals to keep people on board and look to the future.”

Though Mourinho has had longer at the helm to develop his Spurs side into the kind of outfit he wants, Arteta has shown that he has the tactical nous to sit proudly alongside the best managers in the league.

However, results at present don’t necessary reflect that, and Keown believes that some other players need to be given a chance to shine.

“Arteta is a supremely intelligent coach and he has that innovation on the pitch, but I’d like to see things go a bit quicker,” he continued.

“I don’t like to see Smith Rowe’s pathway being blocked because I thought he was magnificent in that central position and then suddenly Odegaard came in and I didn’t want to see that.

“I also feel a bit annoyed that we’ve not seen much of Gabriel Martinelli because I think he’s an immense talent and if he’s fit enough to sit on the bench I’d like to see more of him on match days.”