Though there has been no word from Borussia Dortmund that they’re willing to part with Erling Haaland so soon after signing him, it does seem a foregone conclusion that the wonder kid will once again be on his travels.

It’s form that has made him the most coveted signing in European football, with clubs reportedly queuing up to acquire him this summer.

According to the Daily Mail, both Manchester City and Manchester United, as well as Chelsea, have entered the race for his capture.

Ole Gunnar Solskjaer thought he had a cut-price £19.5m deal agreed for the player back in 2020, until he decided to move to Dortmund. 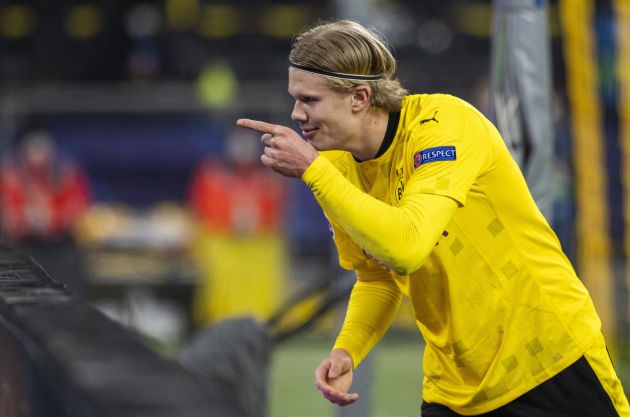 Though the outlet suggest that the Red Devils are still interested in the player, they’re wary of negotiating with his agent, Mino Raiola, and the player’s father, Alf-Inge Haaland, because of the deal failing to be closed last time, leaving a bad taste in the mouth.

With rivals City seemingly ready to go all out for the player, even if Haaland were to pitch up elsewhere, for United to effectively rule themselves out of the running before talks are even underway is a pathetic reason for them to get left behind in negotiations.