The powers that be in football aren’t generally known for making common sense decisions.

With stakeholders, broadcasters and the like all having to be pacified, there always appears to be vested interest in any decision making process.

However, the Premier League now have to show that rules can be bent slightly if required.

That’s because, incredibly, Wolverhampton Wanderers’ Raul Jimenez is continuing on the comeback trail and is expected to play again before the end of the season.

The Mexican suffered a fractured skull whilst playing for the Midlanders against Arsenal, and the chances of him ever getting close to a football pitch again appeared minimal. 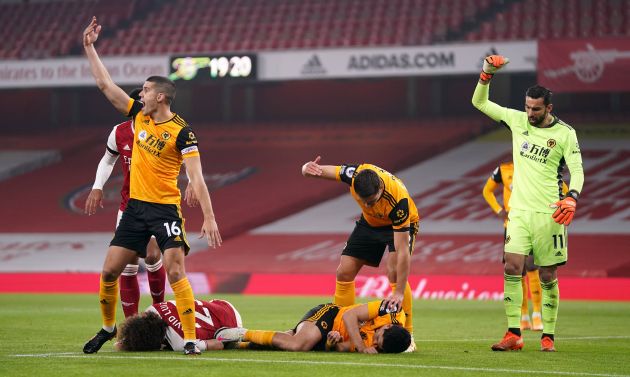 His desire to return has been clear despite his injury, and according to the Daily Mirror, Jimenez is taking part in Wolves’ training sessions by wearing a specially adapted headband.

Though he’s not yet headed a ball or gone in for an aerial challenge, it’s thought that this will be only a matter of time on the player’s road to recovery.

Unlike Petr Cech, who wore a cap after a similar injury was sustained against Reading in 2006, Jimenez’s headband will need to be used for contact with the ball rather than just protection.

If the Premier League deem that to mean he has an unfair advantage, there really needs to be a rethink at the top.