PSG are prepared to cash-in on three players to sign Lionel Messi from Barcelona in the summer, according to Don Balon.

It’s hardly breaking news, but Messi is out of contract at the season’s end.

MORE: Cristiano Ronaldo and Lionel Messi could FINALLY team up due to recent developments

The Argentine icon, who has spent his entire career to date at the Nou Camp, is just a matter of months away from becoming a free agent.

While that news ought to have every club side on the planet on high alert, there’s only a handful who can realistically afford to fund a move to sign him. 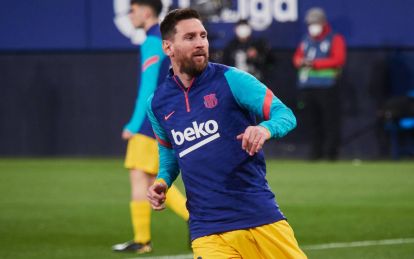 As reported by Don Balon, PSG are one of those clubs, but even they will need to sell players to balance the books before launching a move to sign him.

Don Balon claim that PSG are prepared to part with Mauro Icardi, Julian Draxler and Layvin Kurzawa, for a combined €100M, in order to fund their pursuit of Messi.

We’ll have to wait and see if there’s any truth to it, but considering the negative financial implications of the coronavirus pandemic, you’d expect that they could need to sell before adding one of the highest-paid athletes on the planet to their books.