Real Madrid face the possibility of losing both Sergio Ramos and Raphael Varane in the upcoming transfer window, according to a report by Todo Fichajes.

The pair have provided the foundation for Real’s defence since the departure of Pepe, with Ramos arguably being the best centre-back in the club’s history and Varane previously being considered the most promising defender of his generation.

While Varane hasn’t quite reached the heights that were expected of him as a youngster, he’s still one of the best in the business, but as per Todo Fichajes, he could leave the Santiago Bernabeu this upcoming summer. 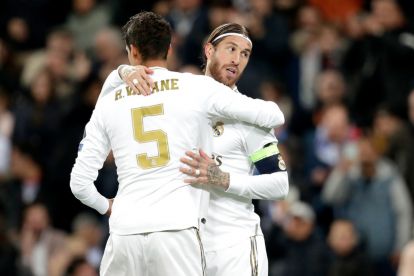 In addition, Todo Fichajes note that Real Madrid are still struggling to strike an agreement with Sergio Ramos over extending his contract.

That would leave Florentino Perez with the mammoth task of overhauling his entirely back-line ahead of next season.

It’s difficult to imagine both players leaving Madrid in the same transfer window, but it’s a possibility that the club need to prepare themselves for.