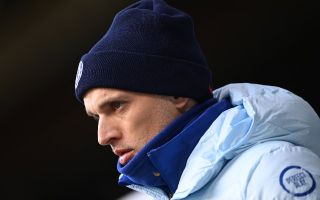 Chelsea manager Thomas Tuchel has reportedly got his players using code words to try and gain an advantage during games.

This might explain the strong start made by the German tactician, who is still unbeaten since he replaced Frank Lampard at Stamford Bridge.

According to the Sun, Chelsea players now have a selection of secret code words they use to launch attacks, which helps the team know where to be, what kind of areas to attack, and so on.

Tuchel has a fine reputation from his time at Borussia Dortmund and Paris Saint-Germain, and it seems his interesting methods are paying off so far.

Chelsea are unbeaten in 12 games under Tuchel, winning eight of those and drawing the other four.

The west London giants will no doubt have been disappointed to only draw 0-0 with Leeds in their last game, but overall there are signs of real progress being made.

Chelsea started poorly under Frank Lampard this season, and though it won’t have been easy to sack a club legend, it increasingly looks like the right decision.