Unfortunately, however, the Blues have spelt his name wrong, calling him ‘Nicholas’, as you can see in a screen shot of the tweet below… 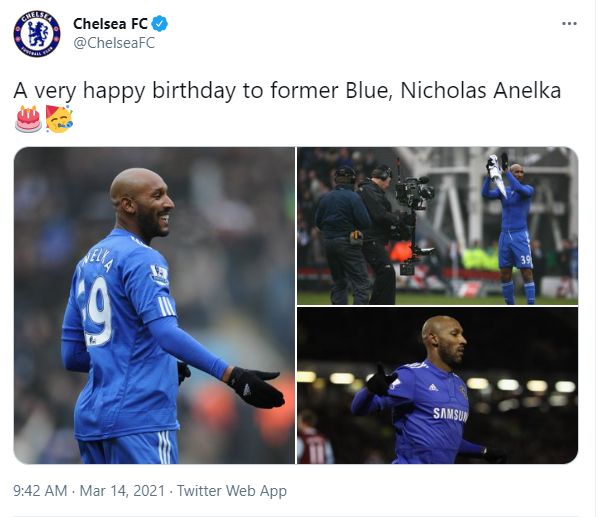 You’d think his old club could get his name right, though at least they remembered the proper date of his birthday!