Arsenal defender David Luiz has risked upsetting the Chelsea fan base with an Instagram story he uploaded in wake of Sunday’s North London derby victory.

Luiz spent six-and-a-half-years as a Chelsea player, winning the Champions League in his first stint with the club and the Premier League in the second. He’s one of the most iconic defenders in the club’s history, even having switched allegiances to London rivals Arsenal.

There’s no denying, though, that Luiz will be losing fans within the Chelsea faithful every time he pulls on the Gunners shirt, and this post he shared on his Instagram story might be the final straw for many more. 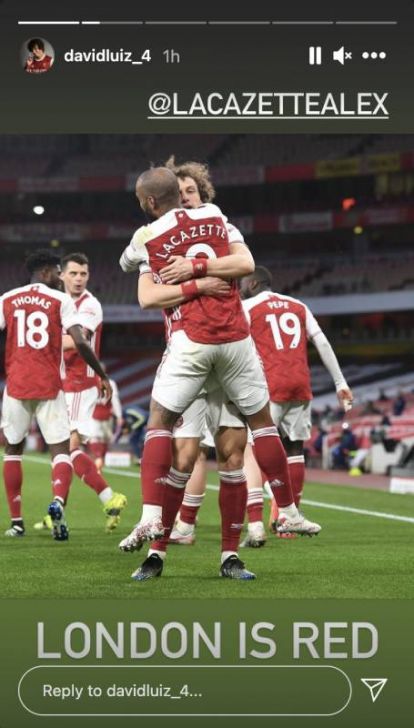 Luiz appears to have missed out a pretty important word, ‘North’, before London there. Arsenal’s victory over Spurs took them all the way up from 10th to 10th, meaning they are still the fourth-ranked London side in the Premier League at current.