Juventus manager Andrea Pirlo has spoken out following the latest Cristiano Ronaldo transfer speculation that has inevitably come up after the club’s exit from the Champions League.

Juve were surprisingly knocked out of Europe by Porto last week, and Ronaldo’s performance was certainly far from what we’ve come to expect of him in this competition.

MORE: Cristiano Ronaldo to return to his former club?

It may be that Ronaldo’s time in Turin is now nearing an end, with Paris Saint-Germain linked with a possible swoop for the Portugal international by French outlet Le Parisien.

Juventus will surely want to keep hold of this big name, and Pirlo has moved to play down the speculation surrounding his star player.

The Italian tactician insists it’s normal that such stories are going to surface after a bad result, but it remains to be seen how much that will put Juventus fans’ minds at ease.

“Ronaldo is fine. It’s natural he is disappointed by what happened the other night, as is everyone. He trained well and has recovered to play tomorrow night,” Pirlo said in a press conference, as quoted by Football Italia. 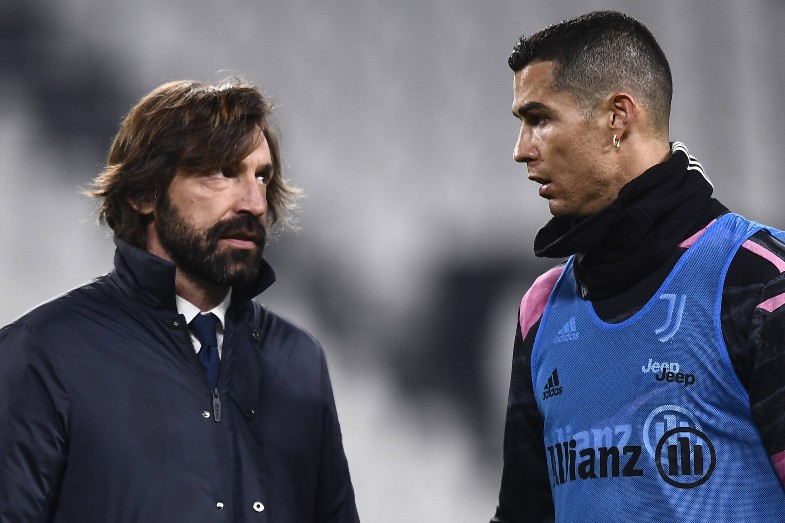 “It’s natural there are rumours after the elimination, as he is the most important player in the world along with Lionel Messi. He has always done well for us, scoring 90-odd goals and more than proved his worth.

“The project started in recent years planned the enrichment of the squad with players of a certain pedigree. It’s impossible to create a team just of young players. This was the initial project and it will be for the future as well.”

Ronaldo has been a success in Serie A but there’s no doubt he’s struggled to make the kind of impact Juve will have wanted in the Champions League.

The 36-year-old won the trophy four times as a Real Madrid player and once at Manchester United, so one can imagine he’d love to get his hands on the prize one more time before his playing career at the highest level comes to an end.