Ethan Ampadu is considered among the most promising of Chelsea’s loan army, but he didn’t cover himself in glory against Leicester City this afternoon.

There’s only so much that a player can do when being a part of one of the worst Premier League sides of all-time. Naturally, Ampadu is going to have little time to show what he can do with the ball and plenty of opportunities to make defensive errors.

However, all that the Welshman can do to convince those at Chelsea that he’s worthy of a first-team spot next season and beyond is do the basics well and prove that he’s a cut above the rest.

While Ampadu has had good moments this campaign, the manner in which Sheffield United conceded the second goal against Leicester City this afternoon was not one of them. 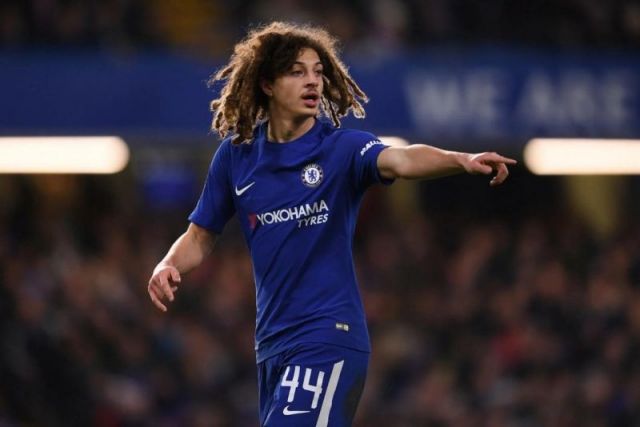 Ethan Ampadu has previously featured for the Chelsea first-team.

Ampadu, who in fairness is not naturally a centre-back, backed off from Ayoze Perez and presented him with a sufficient chunk of the goal to aim at for him to find the corner of the net.

The 20-year-old needed to decided whether to put a foot in or block any route to goal, but he did neither, and as a result, any hope of a Sheffield United revival was ended.

Unfortunately for Ampadu, his costly errors were not to end there.

The Sheffield United utility man then diverted a Jamie Vardy shot into his own net. With the original effort quite clearly going wide of the post, it’s an unescapable own-goal for Amapadu, rounding off a day to forget…

Chelsea defender could get a chance to impress with Norwich after a wasted loan spell in Germany August 9, 2020 19:31
Chelsea FC