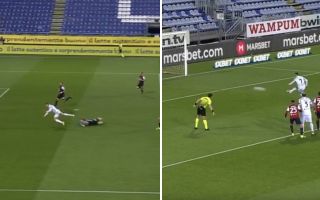 Cristiano Ronaldo has done it again! The Juventus forward has netted a brace within 25 minutes away at Cagliari this afternoon.

Ronaldo is arguably the greatest player ever to feature in the Champions League, so he will have taken the midweek embarrassment to Porto personally.

MORE: Video: Cristiano Ronaldo bounces back from midweek disappointment with powerful header for Juventus away at Cagliari

From Juve’s perspective, the only hope of saving their season is to launch an end of season charge which would see them overthrow Inter Milan and win the title.

As unlikely as it may seem, considering just how consistent Inter have been in recent weeks, Ronaldo will not allow them to go down without a fight. 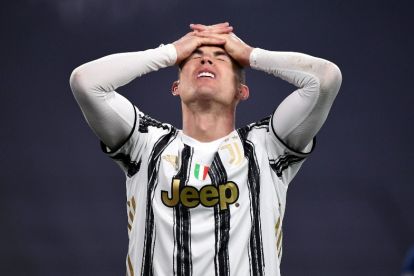 It was another frustrating Champions League night for Cristiano Ronaldo at Juventus.

Ronaldo gave the visitors the lead within ten minutes away at Cagliari, and has now added a second from the penalty spot.

The former Manchester United and Real Madrid goal-machine got to the loose ball before the goalkeeper, was brought to the floor, and made no mistake when given the opportunity from 12 yards.