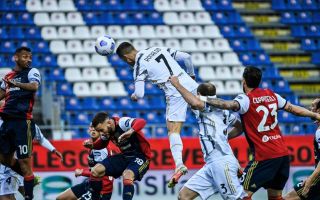 It’s not a rabona, but Cristiano Ronaldo has opened the scoring for Juventus away at Cagliari this afternoon.

After a bitterly disappointing result midweek in the Champions League, Juve can give their full focus to the task at hand in Serie A.

MORE: Cristiano Ronaldo could leave Juventus on a free, return to former club mentioned as possibility

With Inter Milan running rampant at the top of the table, Juventus’ extraordinary run of title wins is in danger of coming to an end.

Andrea Pirlo doesn’t want to be the man responsible for that happening, neither does Cristiano Ronaldo – with the latter springing into action to keep The Old Lady’s hopes alive. 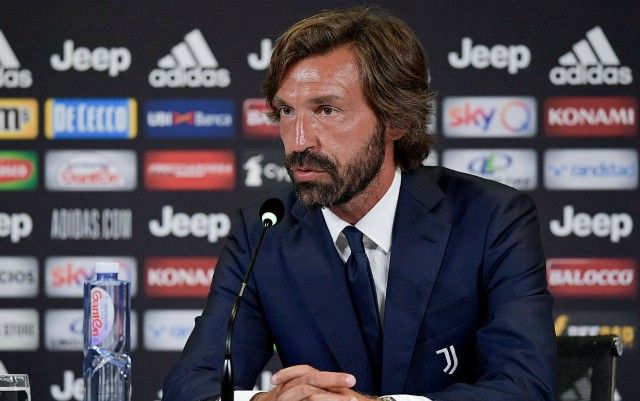 Andrea Pirlo is at risk of tainting his Juventus legacy.

There was nothing flash about this one from Ronaldo, no attempt to outdo Erik Lamela’s rabona effort in today’s North London derby, but it was a powerful header, and one which could have real significance for Juve.

Courtesy of Ronaldo, the champions are in the driving seat. How many times have we said that this campaign?

Cristiano Ronaldo powers in a header from the corner! ?

A trademark leap and an emphatic finish to give Juve the lead ?? pic.twitter.com/kzC8CXV5rX