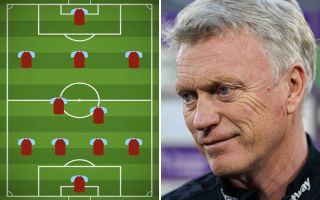 West Ham have been one of the surprise packages of the Premier League season to date, with their trip to Old Trafford later a chance to firmly establish their ambitions to finish in the top four.

With the Hammers having narrowly avoided the drop last time around, it was unthinkable that they would be in this position at this stage in the season. The facts are as follows: Fifth place, three points behind Chelsea, two games in hand. The job that David Moyes has done is utterly remarkable.

Moyes will tonight be provided with the perfect platform to show just how far he has come since being sacked by Man United, but will be well aware that you don’t stand a chance of forcing your way into the top four if you come out of these kind of games empty-handed. 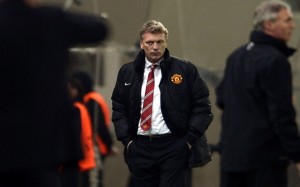 As a result, the West Ham boss will no doubt be intent on getting his starting XI right. The team that the Scotsman fields to contest with second-place United tonight could make or break the Hammers’ unprecedented Champions League push.

Football London, with information they have gathered and some personal insight, have predicted that the starting eleven players out on the Old Trafford turf will be as follows:

Is that team good enough to get the job done in Manchester? Moyes has a big decision to make in attack, with Jesse Lingard ineligible and unable to face his former side…