The 18-year-old joined Man Utd from Atalanta in January and looks a huge prospect for the future, though he might already be set to make an impact at senior level.

MORE: Manchester United star praised for performing despite this “massive pressure” on his shoulders

Diallo scored his first goal for United in the Europa League draw with Milan last week, and Chadwick thinks he could continue to make an impact from the bench.

“Yeah he (Amad Diallo) came on and had a great impact,” Chadwick told CaughtOffside. “It was a wonderful finish with the header, he showed great intelligence with his movement to make that run inside.

“I’m not sure he’ll start the game but he can come off the bench and has shown the impact he can make. There’s a few exciting young players coming through now and it’s coming to that business end of the season, so if they get their opportunity to make their mark, every game’s a big game now.

“It would be nice to see him in the squad, if United need him he can hopefully make a similar impact (in the second leg).” 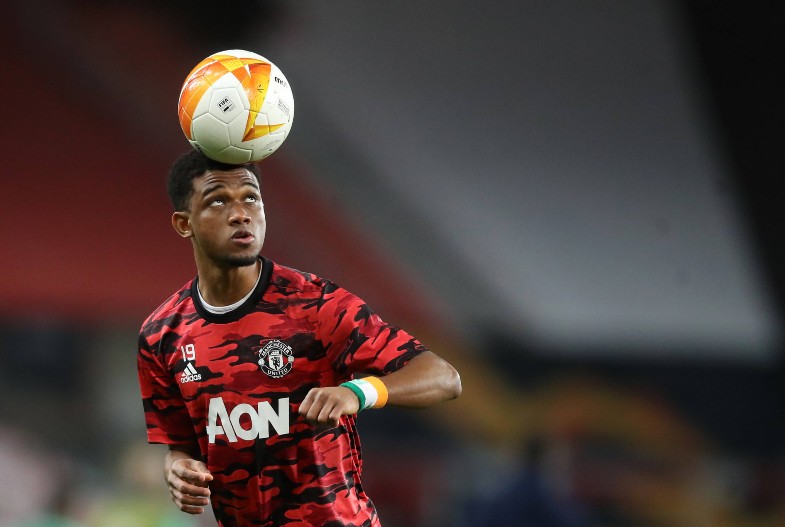 Chadwick was generally disappointed with how MUFC played in the first leg against Milan, and hopes the team’s away form can play a part in getting them a better result and performance in the second game at the San Siro.

“I think they’ll be really disappointed with the result and the performance at Old Trafford,” Chadwick said. “After the win at City it was a flat performance. AC Milan were far and away the better team.

“It was a good result in terms of not getting beaten, but it’s never going to be easy going to the San Siro. Milan were missing some key players and United will need to up their game.

“Yesterday (against West Ham) was another flat performance, which unfortunately seems to be the norm when they play at Old Trafford these days, so hopefully we can come back for this big away game and get a performance to get us through to the next round.”