The England international hasn’t always lived up to expectations in his time at Old Trafford, but looked a potentially world class talent during his time at former club Leicester City.

Maguire has been a little slower to settle at Man Utd, but Chadwick believes he’s really starting to show his qualities as both a player and a leader in Ole Gunnar Solskjaer’s squad.

Chadwick thinks Maguire has done particularly well to perform at this high level given the pressure of the money United paid for him when he joined last season.

“Yeah I think the money that’s thrown around these days is obviously huge. There’s massive pressure for anyone who plays for United, particularly at the price Harry Maguire cost,” Chadwick told CaughtOffside.

“I think he’s done well, it look him time to settle but he’s grown into the role. He had his problems off the field in pre-season, came back and probably wasn’t at his best at the start of the season but the whole back four was struggling. With the protection Fred and McTominay are offering now, the back four looks solid. 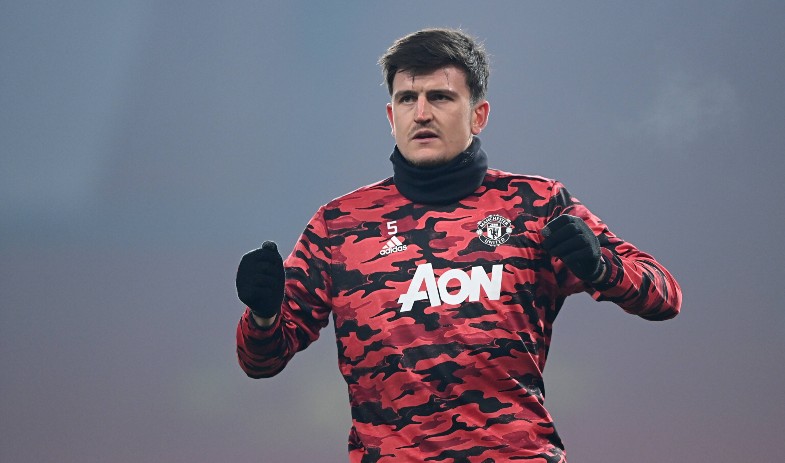 Harry Maguire has earned praise for his form for Manchester United

“He’s obviously the leader of the back four and the team, he seems to be growing into that captaincy role. You can see the more vocal side of his game, both encouraging and handing out tellings-off here and there to raise standards, which is needed at a club like Manchester United.

“He’s proven that he’s worth the money, though there’s obviously still a question mark about him and Lindelof together, they’re quite similar players. Is there enough there in terms of speed and athleticism that could go on and win the Premier League?

“But for me Maguire is one of the most consistent players this season along with Bruno Fernandes and Luke Shaw.”

United fans were full of praise for Maguire after the 1-0 win over West Ham last night.