Thierry Henry is returning to Sky Sports for tonight’s Monday Night Football show, and it hasn’t taken him long to start picking on Jamie Carragher.

Henry was previously part of Sky Sports’ football coverage, before leaving to embark on his managerial career – which has been a mixed bag thus far.

After a stint as Belgium assistant manager, Henry took the job at former side AS Monaco.

However, it wasn’t a dream return, with the Arsenal legend going down as one of the least successful managers in the club’s history in terms of win percentage and points per game. 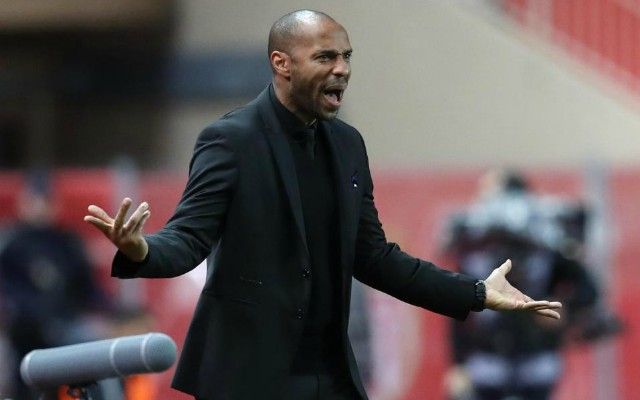 Thierry Henry’s stint as manager of AS Monaco was a miserable one.

After a year-and-a-half stint with Montreal Impact, Henry stepped down, hence why he finds himself back in the MNF studio tonight – and boy are we glad he is.

At the first opportunity, Henry cracked a hilarious joke, targeted at Jamie Carragher, obviously, taking aim at how he used to get the better of him during their playing days.

Thierry Henry is back ladies and gentlemen ?@ThierryHenry | @Carra23 pic.twitter.com/OH8ctYCGll