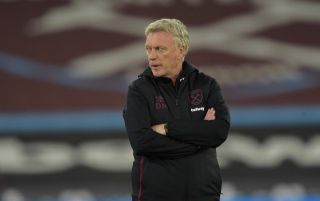 The Scottish tactician has done superb work with the Hammers this season, turning them into genuine top four contenders in his second stint in charge of the club.

Celtic are on the hunt for a new manager after sacking Neil Lennon in what has proven to be a nightmare season for them.

And it seems Moyes is one of the names on West Ham’s radar, according to a report in the Scottish Sun.

It remains to be seen if the former Manchester United and Everton boss would accept an offer after starting to build something so promising at West Ham, but Celtic is a difficult job to turn down.

The Hoops remain a huge name in European football, even if the Scottish Premiership is not as competitive as some other major leagues.

West Ham fans will no doubt hope they can persuade Moyes to stay after the job he’s done this season.