The 20-year-old looks one of the most promising young players in the Premier League this season, and his rise in the Gunners’ first-team has been a big boost for Mikel Arteta in a problem position.

MORE: Is Arteta building a good foundation for next season?

With Mesut Ozil falling out of favour before leaving the Emirates Stadium for Fenerbahce in January, it’s been very convenient that Smith Rowe has stepped up at this time, and it’s clear he’s starting to win admirers outside of north London as well.

Ferdinand, speaking on his YouTube channel, did not hold back in his praise of Smith Rowe, saying he loves the player and that he could see him shining in Arsene Wenger’s teams, which is some compliment.

“I love him. I have to say, I love him. I love the way he plays. I was worried actually when Odegaard came in,” the former United defender said.

“Would the manager play him in the same team? But he’s come in, and the way he’s played this season, there’s sometimes even that cheekiness about the way he plays.

“I said this a while ago that he could have played in the era of Wenger, the way he plays football. 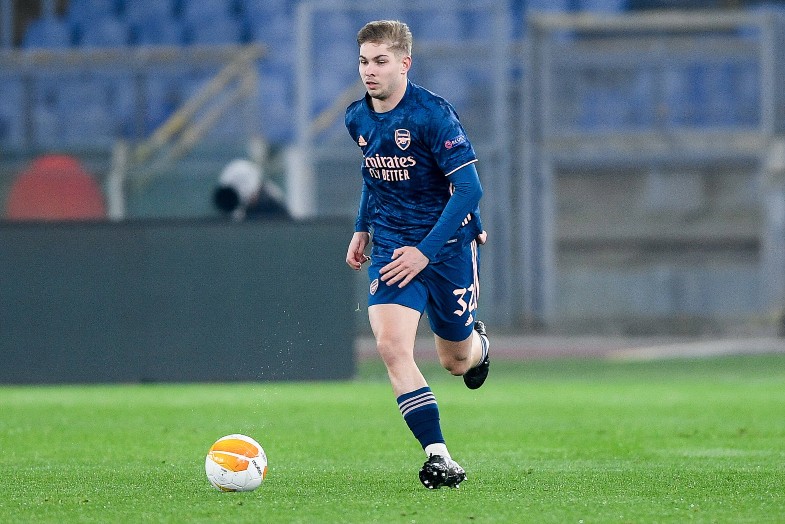 “He’s been a breath of fresh air and a big positive under Arteta. I think [Bukayo] Saka’s obviously been the standout young gun that’s come in, but he’s not far behind. And for the future, I think it’s very, very bright for him.”

It will be interesting to see if Man Utd take notice of Ferdinand’s comments as we know they’ve taken a liking to signing star players from Arsenal in the past, with mixed success after deals for Robin van Persie and Alexis Sanchez.