Diego Costa made his mission at Chelsea very clear from his first training session as he gathered some of the Blues’ senior players together to deliver an important message.

The Brazilian-born Spanish striker was a big hit in just three years at Stamford Bridge, winning two Premier League titles and showing himself to be a great goal-scorer and aggressive battler on the pitch.

Costa’s time at Chelsea is detailed in a fascinating piece by The Athletic, which has a great anecdote about how he introduced himself to senior players John Terry, Gary Cahill, Branislav Ivanovic and Nemanja Matic.

In just eight simple words, Costa summed up his intentions, telling them: “I go to war. You come with me.”

Chelsea were not left disappointed, with Costa always giving it his all out on the pitch, partly due to instructions from Jose Mourinho as well.

Interestingly, the report details how Costa grew frustrated at the reputation he earned for himself that was mostly down to him doing what Mourinho told him to do. 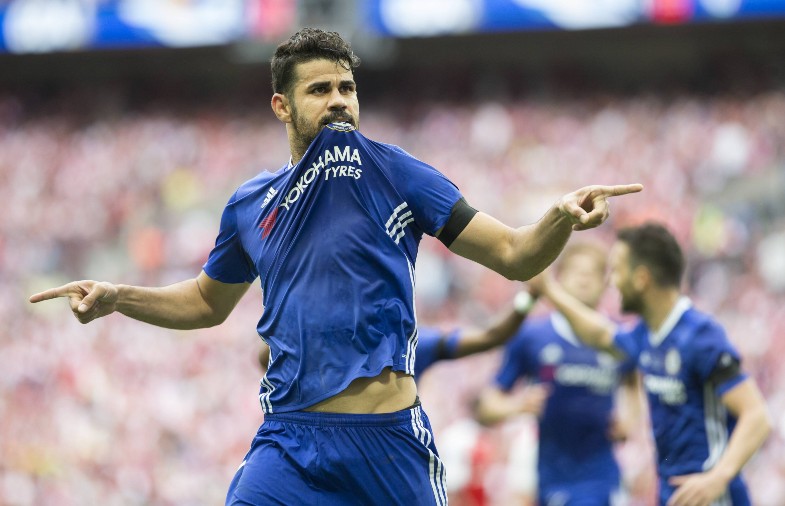 Diego Costa was a star player for Chelsea

He also feels that CFC failed to really defend him as he was attacked by the British press, according to The Athletic.