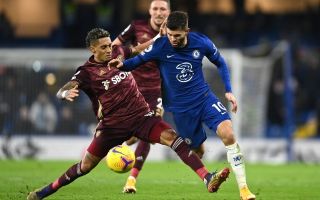 Former Manchester United midfielder Luke Chadwick has suggested it would be worth looking into signing Chelsea attacking midfielder Christian Pulisic if he is available this summer.

The USA international has had his ups and downs in his time at Stamford Bridge so far, and it’s not yet clear if he’s going to remain at the club long term after playing less regularly in recent times.

Pulisic was slow to get going last season but ended the campaign strongly, only for him to find himself in and out of the team again this term after Thomas Tuchel replaced Frank Lampard as manager.

This has led to speculation over Pulisic’s future, with a recent report from the Daily Mail claiming Man Utd were among the teams interested in possibly snapping him up as he considers his future.

Chadwick admits he’d be surprised if Chelsea sold the 22-year-old, but he also made it clear he’d welcome this kind of arrival at Old Trafford if it were possible.

Pulisic as a Raphinha or Sancho alternative for Man Utd?

“He’s definitely worth looking at,” Chadwick told CaughtOffside. “I would say for the second half of last season he was Chelsea’s best player, setting the league alight.

“Obviously Tuchel’s been changing his team around and Pulisic hasn’t had a massive amount of game time, but I can’t imagine Tuchel will be looking to shift him out. He obviously had a good previous relationship with him in their Dortmund days. 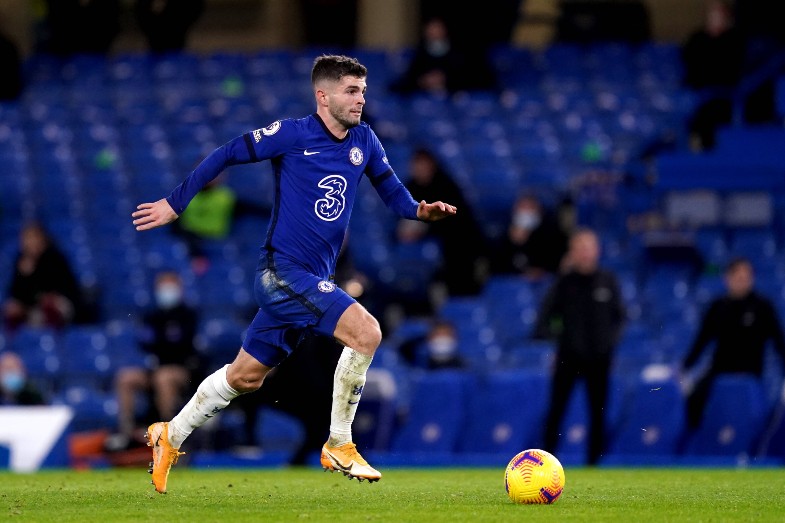 Christian Pulisic has been linked with Manchester United

“He’s a wide player with great ability to travel with the ball, great pace, great balance, scores goals and creates goals – similar to Raphinha or Jadon Sancho. He’s another one of those types of players who’d be a massive attraction for the powers that be at Manchester United.

“But I personally can’t see that one happening, I can’t see Chelsea letting him go.”

Chadwick also responded to recent transfer rumours linking Burnley goalkeeper Nick Pope as a target for the Red Devils, as reported by the Daily Star.

The England international has been a top performer for Burnley in recent times and Chadwick is a big fan of his, though he admits he’d be surprised to see him come in given that United already have David de Gea and Dean Henderson.

Chadwick does not expect Pope would be happy to come in as MUFC’s second choice – something he also thinks De Gea or Henderson would also be reluctant to accept.

Pope to Man Utd? He won’t join just to sit on the bench…

“Pope in my opinion is probably looking like being England’s number one at the moment,” Chadwick said. “He’s a consistent performer, perhaps not as gifted with his feet as Pickford, but does everything else really well and looks a really safe pair of hands. 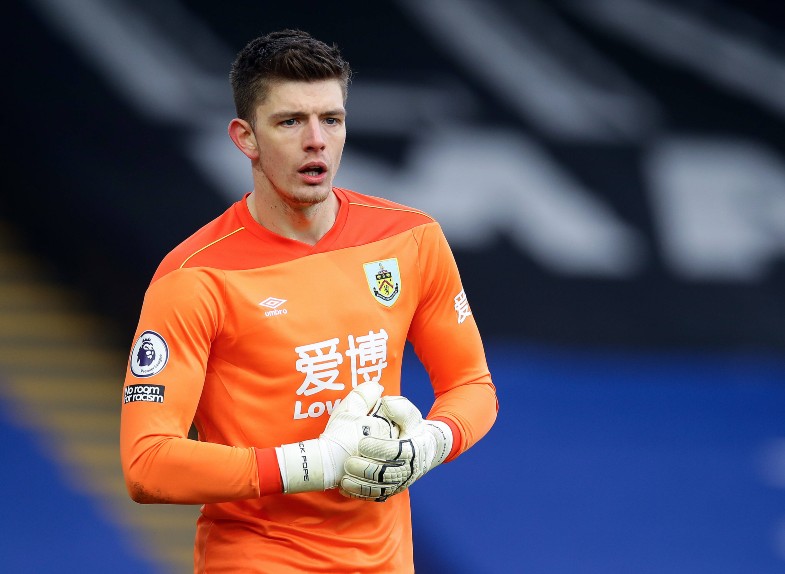 “Again it does seem a bit of a strange one in terms of Manchester United, who have already got to world class goalkeepers.

“While I wouldn’t be surprised to see one of them go at the end of the season I can’t imagine Pope would come in as a number two as he’s one of the best performing ‘keepers at the moment.

“I’m sure United could bring in a backup goalkeeper if one of De Gea or Henderson left … but I can’t imagine Pope coming in and Henderson being second choice or vice versa.”