The latest Premier League team of the week is with us, and there’s a decent mix of players from different clubs in there.

As well as some big names from Chelsea, Arsenal, Liverpool and Manchester City, we also have representatives from the likes of Burnley and Brighton in there.

It’s perhaps a bit odd that two Chelsea players got in despite them only drawing with Leeds United, but BBC Sport pundit Garth Crooks clearly felt that goalkeeper Edouard Mendy and defender Antonio Rudiger deserved their places after strong displays to keep Leeds out.

It seems a bit harsh, however, given that Arsenal and Liverpool both won their games and only got one player each in the line up, while Manchester United also picked up three points but didn’t get any of theirs in at all.

See below for the latest team of the week in full… 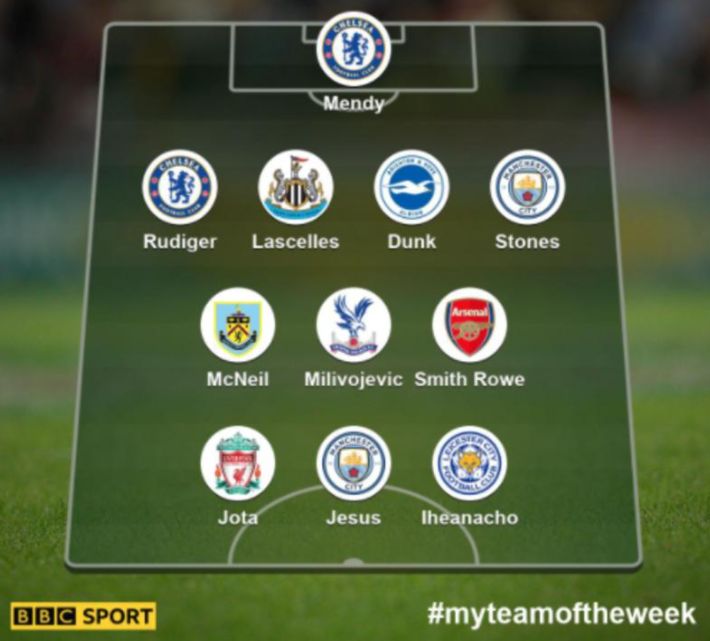 Emile Smith Rowe is certainly in there on merit, with the Arsenal youngster continuing his remarkable progress this season with a superb display to help the Gunners beat rivals Tottenham 2-1 in the North London Derby.

Liverpool fans will also be pleased to see Diogo Jota in there, with the Portugal international helping them get back to winning ways after a lengthy absence due to injury.