Tottenham have been handed some surprisingly good news on the injury front.

Son Heung-min went off in the North London Derby defeat to Arsenal, but it looks like the knock he suffered might not have been as bad as expected.

MORE: Tottenham ready to listen to transfer offers for star who “can’t be trusted” in big games

The South Korea international has been a star performer for Tottenham this season and fans will no doubt be eager to have him back as soon as possible.

Alasdair Gold of football.london claims Son might surprisingly make it back for the next game against Aston Villa on Sunday, and certainly for the Newcastle game after the international break. 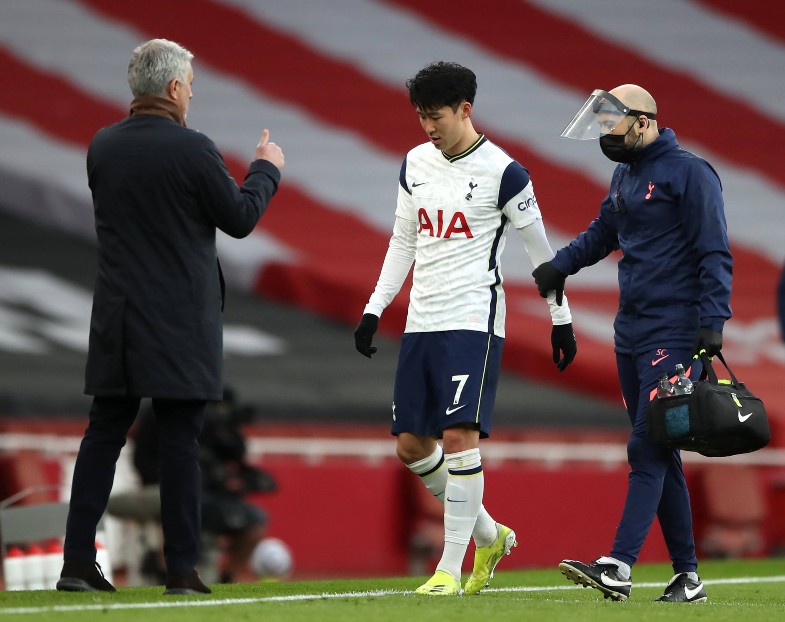 Tottenham also have quality options like Harry Kane, Lucas Moura and Gareth Bale in attack, but they won’t want to be without Son for an extended period.

It will no doubt serve as a regret for Spurs that Son couldn’t play more against Arsenal, but if he can make a speedy return that should help ensure a strong end to the season.