Football is full of players who appear to have all the talent in the world, but finding a way to unleash their abilities can be tough for a lot of teams.

Adama Traore at Wolves falls into that category – He has so much power, skill and pace which could rip any defence open, so it would be interesting to see him at a truly top club.

Liverpool fan site Rousing the Kop interviewed former striker Emile Heskey about Traore’s transfer links to Anfield, and it’s clear that he thinks he would be the perfect addition:

“I think he suits a lot of teams but 100% Liverpool. If you look at last season the way Liverpool played a lot of the goals they scored, a lot of them were fast counter attacks.

“He definitely comes into that bracket, again there’s no reason why you can’t have competition in several positions.”

It’s hard to see where he would actually fit into Liverpool’s side as an automatic starter as he’s never replacing Mo Salah on the right hand side, but he could be a fascinating weapon from the bench.

If Liverpool are chasing a game then he can play as a wing back who would overload the right hand side, while his pace and ability on the counter would come into play against teams who are chasing a game and leaving gaps at the back. 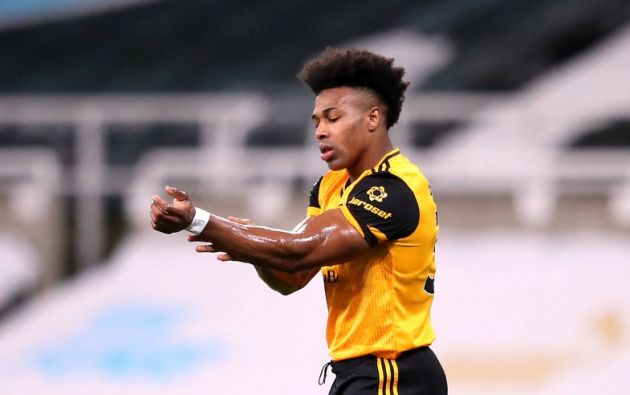 Could Liverpool unleash Adama Traore to his full potential?

He would need to improve his end product and Klopp would need to find a way to put him into the right positions or he could easily end up running down blind alleys as opposing sides pack men behind the ball and show him down the line, but you would also back the Liverpool manager to get the best out of him.

Strength in depth is always welcome but having a genuine gamechanger on the bench is even better, so Adama moving to Liverpool would absolutely be a fun one to watch.