Arsenal legend Michael Thomas has sent a strong message to Pierre-Emerick Aubameyang about respecting the rules of the club after being benched for the North London Derby against Tottenham.

The Gunners won 2-1 against their rivals at the Emirates Stadium in what was an important result for them in this difficult season, but the big decision of manager Mikel Arteta to drop Aubameyang has been dominating the headlines since then.

Aubameyang has been a star player for Arsenal and it was a big gamble of Arteta to drop him for such an important game, but Thomas feels it was the right decision, and would have been even if the team didn’t get the three points.

Thomas is one of the biggest names in Arsenal’s history thanks to his memorable title-winning goal away to Liverpool in 1989, so Aubameyang would do well to listen to his thoughts on the whole saga after he had to make do with a place on the bench for disciplinary reasons.

“I think Arteta made a strong bold decision and it’s only right that all players have to abide by the rules of the club,” Thomas told CaughtOffside.

“The rules are there for a reason and all players need to respect the values of the club. Fortunately it didn’t backfire by us losing the game, but I think it would have been the right call regardless.” 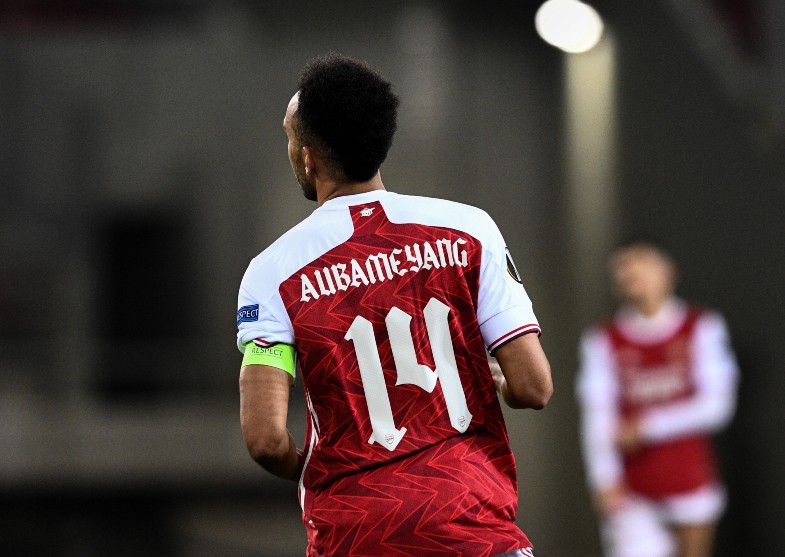 Pierre-Emerick Aubameyang was benched for Arsenal’s game against Tottenham

Despite the Aubameyang drama, it was certainly a good day for Arsenal as goals from Martin Odegaard and Alexandre Lacazette gave them the victory over Spurs.

Thomas was impressed with the performance and with Odegaard in particular as the Real Madrid loanee netted the crucial equaliser.

The Norway international made the temporary move to north London in January and Thomas has been impressed with the start he’s made.

“I thought Spurs were lethargic for 80 minutes, but Arsenal were very good as a unit and Arteta got his tactics right on the day,” he said. “We played on the front foot majority of the game.

“Odegaard has been great,” he added. “He works extremely hard for the team and links the play between the lines.

“He can alternate with the wide men and looks to have a great understanding of the game at such an early age.”

Finally, Thomas also praised the performance of Kieran Tierney, naming him as one of his favourite players from this current squad – something most Gooners would probably agree with. 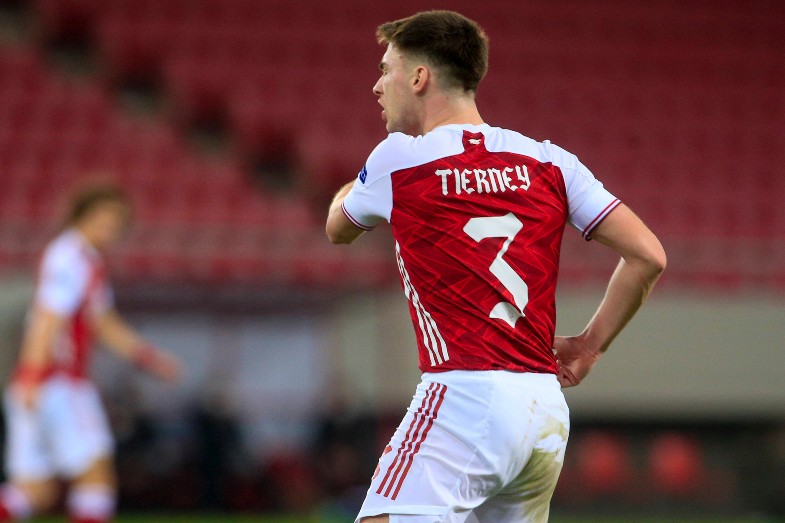 Kieran Tierney has shone since moving to Arsenal

“Kieran Tierney is certainly one of my favourites in the current squad,” the former midfielder said. “He plays with such passion for the game and really understands what it means to fight for a shirt.

“What makes it better is the engine and ability he has going forwards and backwards. I’d put him in the top 3 left backs in the league and I don’t think you’ve seen anywhere near his best yet.”