The latest England squad has been confirmed, with Jesse Lingard’s return undoubtedly the biggest news from the latest selection.

The Manchester United winger has been out of favour at international level for some time now, having also lost his place at Old Trafford before moving out on loan to West Ham this January.

Since his loan switch to West Ham, however, Lingard has been in terrific form, and fully deserves his place in Gareth Southgate’s latest England squad for the upcoming international matches, where he’ll hope to stake a claim for a place at this summer’s European Championships.

Many of the usual names are also in there, such as Harry Maguire, Raheem Sterling and Harry Kane.

There is no place, however, for in-form Leeds striker Patrick Bamford, who had been talked about as one possible surprise name knocking on the door after his impressive performances in the Premier League have proven his doubters wrong this term.

See below for the full England squad, with Aston Villa’s Ollie Watkins receiving his first ever call-up… 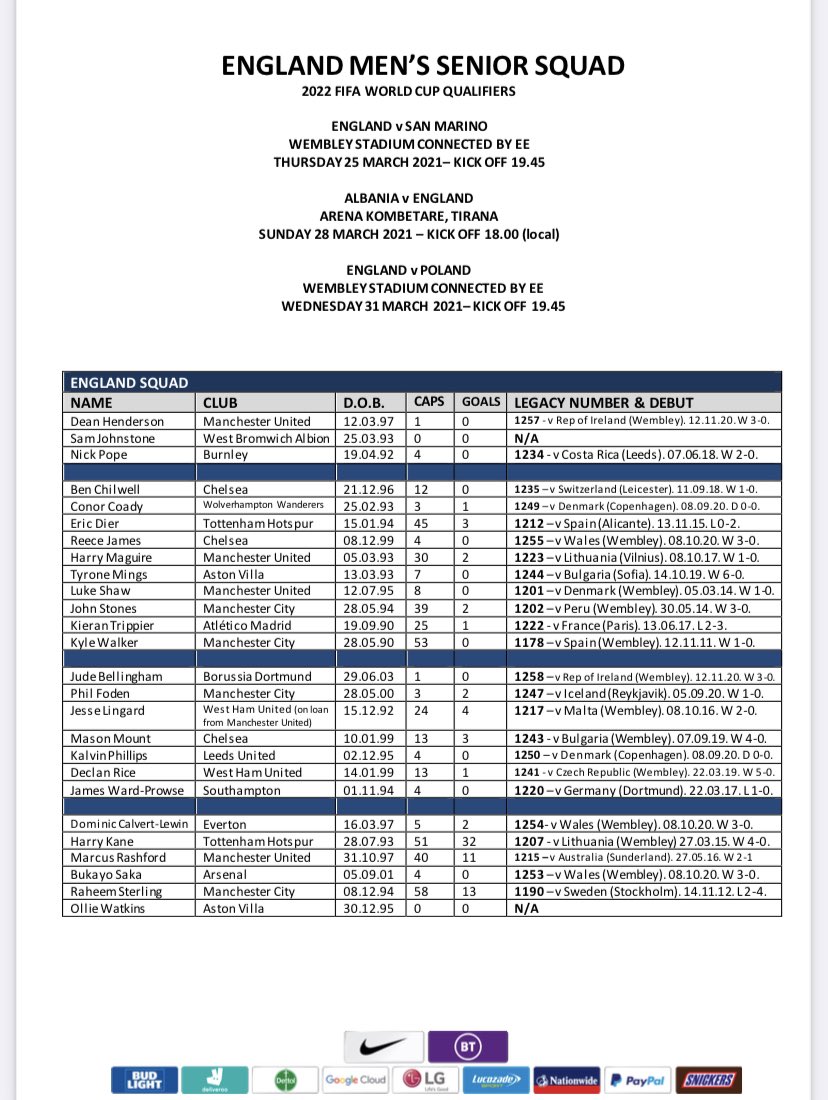