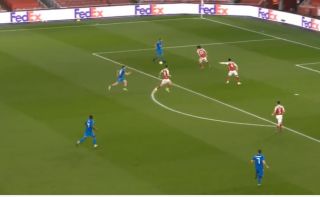 There’s some nice work on the counter attack and he does well to throw in a few stepovers to confuse the Arsenal defence, but it looks like it takes a huge deflection to catch the keeper out:

The Greek side still need two more goals to advance, but this puts a bit of pressure on Arsenal now. 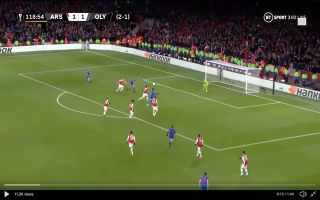 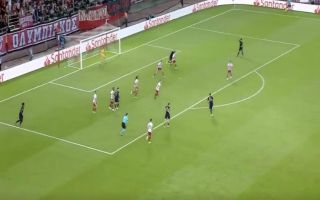