Whether or not Arsenal are successful in both this season’s Europa League and qualifying for next year’s competition thanks to their league position, it seems clear that Mikel Arteta needs to strengthen in time for next season.

Pierre-Emerick Aubameyang has gone off the boil at various points this season whilst strike partner, Alexandre Lacazette, hasn’t weighed in with the expected amount of goal contributions either.

To that end, it wouldn’t be a surprise to see the Gunners’ front line freshened up, and Aubameyang himself has apparently recommended his Gabonese international strike partner, Aaron Boupendza, who currently players for the Turkish outfit, Hatayspor, to the club according to 90 min. 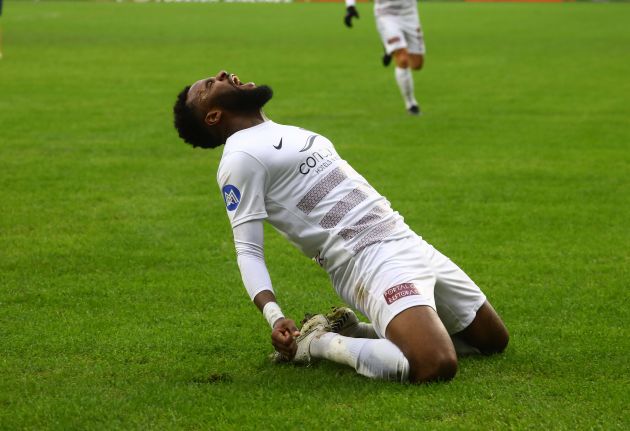 The outlet also suggest that David Moyes is keeping tabs on the front man who has scored 18 goals in 26 games so far this season.

With Michail Antonio as his only recognised striker, the need for Boupendza is obvious, and despite Aubameyang’s recommendation, things may well work in West Ham’s favour.

There’s every chance he gets regular game time with the Hammers, something that wouldn’t be guaranteed at Arsenal. particularly with Auba already taking one of the striking positions.