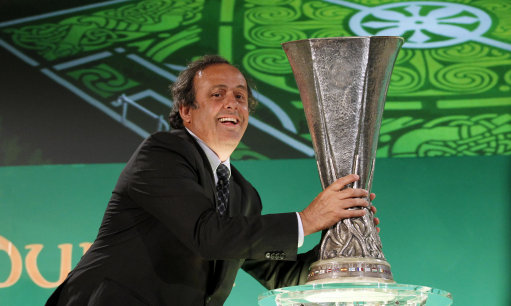 Friday afternoon saw the draw for the Europa League quarter-final and semi-final take place at UEFA headquarters in Nyon.

Giorgio Marchetti presided over the draw in which former Arsenal star, Gael Clichy, was tasked with picking the balls of the eight teams, two of whom – Manchester United and the Gunners – represented the English Premier League.

After a superb win at the San Siro on Thursday night, the reward for Ole Gunnar Solskjaer and his Red Devils side was a draw against La Liga outfit, Granada. If they overcome the Andalusians over two legs, they’ll face either Ajax or AS Roma in the semi-final.

Arsenal on the other hand have been handed a tough fixture against Rangers’ conquerors, Slavia Prague. If Mikel Arteta’s side can continue with their excellent European performances, then their reward is a semi-final tie against Dinamo Zagreb or Villarreal.

Granada or Manchester United v Ajax or AS Roma

The home team in the final will be the winner of the second semi-final drawn.